A new analysis based on data in StackOverFlow has shed light on JavaScript developers’ favorite tools and technologies.

JavaScript remains the most popular language in the world, although it sometimes falls. 90,000 developers took part in StackOverFlow’s survey this year, placing JavaScript among the most comprehensive views of the developer community.

JavaScript developers say that JavaScript is a full-stack programming language that works both on web or local platforms, as well as back-end technologies on servers and can work as front-end technologies . Surprisingly, we see that there are a large number of back-end developers, considering the design of JavaScript as a web file scripting language. This is perhaps due to the increasing popularity of Nodejs due to the server-side operation. 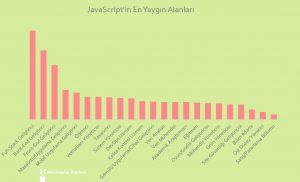 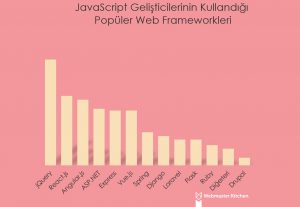 IntelliJ Idea is the second most popular IDE. It supports JavaScript, TypeScript, React and Angular, but the overall popularity is written in code editor Notepad ++. 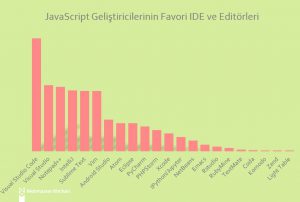 When it comes to databases, MySQL still appears first in this area. PostgreSQL is second, Microsoft SQL Server third, and SQLite fourth. MongoDB, a document-based shared database, fell from the top four. 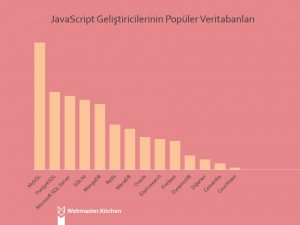 JavaScript developers generally prefer to work on Linux as well as Windows . Container platform Docker, the cloud computing platform AWS, and Google’s mobile operating system Android, Linux and Windows are the three most popular. MacOS is in fourth place. 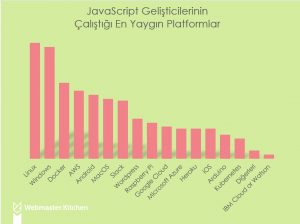 While most of the results of the analysis of JavaScript developers’ favorite tools are predictable, we also encounter a few surprises. We see that JavaScript is not in a slowing process yet, and it is a popular and increasingly versatile language.